A Song That Will Linger

1.)   Injin Rubber Overcoat:  This tune is from Frank Converse's Banjo Preceptor from 1855.  To me, this tune sounds like it might have come right from the fingers of a slave banjo player.  It's not only funky of groove, it sounds like it could be a Grandparent of the Blues, but 70 years early.

2.) Sally Anne's Muskrat: I learned this tune in the early 70s from Jerry DeWitt, who learned it from his Great Uncle John Key.  John was born prior to 1900, and whomever taught it to him was probably born around the Civil War.  John actually called it "Sally Anne, Sally Anne, did you ever see a muskrat drag its tail in the sand."

3.) The Old Folks at Home: This famous song is by Steven Collins Foster, America's first professional song writer.  Often referred to as "Way down upon the Swannee River," Foster's original notes gourd with the Peedee River as the location.

4.) Sitting on a Rail: This is a composition by Joel Walker "Old Joe" Sweeny of Appomattox Virginia.  Joel Sweeny was the first white person ever documented to have played the banjo.  This is more important than it sounds:  Sweeny wrote and played his songs in the mid-1830s while Slavery was in as full swing as it ever was.  Sweeny, without a doubt, spent time in the slave quarters near his home, listening to and imitating the banjo techniques of the slaves.  He then combined the African influences with the European music he was raised with.  This is similar to the influences that later occurred with the likes of Bob Wills, Bill Monroe, Hank Williams, and Elvis Presley, and many others a century or more later.  Additionally, Sweeny modified the structure and tuning of the banjo so that it would be recognizable today.  The banjo took a number of forms over the years, and has been played by thousands in numerous musical genres.

5.) Boatman's Dance: This popular song was written by Daniel Decatur Emmett who also wrote Old Dan Tucker, and possibly In Dixie's Land.  It harkens back to the time when river and canal boats were the safest and fastest transportion.  Just for the record, Madison Heights, Virginia, across the James River from Lynchburg, a well known haven for boatmen, was once called Scuffle Town.

6.) The Glendy Burk: This Steven Foster song is interesting to me in that it mentions The Boatman Song.  Foster had written  songs for minstrel troupes under their names, but was not satisfied doing so.  This might be a left comment on that practice.  The Glendy Burk was a steamboat named after the 25th mayor of New Orleans. The boat wrecked and became a hazard to river navigation for years to come.

7.) Old Virge: In the mid 1970s I had the great good fortune to encounter, befriend, and play with an African American fiddler from Owen County, Kentucky named Bill Livers. His last name rhymed with "fiver," not the internal organ.  All the locals called him Uncle Bill, which is a rather archaic term of affection, but possibly had  what might now be considered racial overtones.  Regardless of race, he was a dynamic entertainer and raconteur.  Old Virge was named after Virgil Livers who used to ride a mile to square dances in country around Owenton.  Some of these dances were held in what were called two crib log cabins. That is, a log cabin with two main rooms made of log with a door joining them.  The dancers would take all the furnishings out in  the yard to make space and Old Virge would lean a chair in the doorway and fiddle and call the dance figures at the same time.  After the dance, just before sun-up, Virge would ride his mule home.  The mule knew the way, so Virge Childress and play his banjo on the way home.  I once asked Bill if Virge was a relative and he replied, "almost blood kin." Your guess is as good as mine.  Please View the Bill Livers Documentary Here 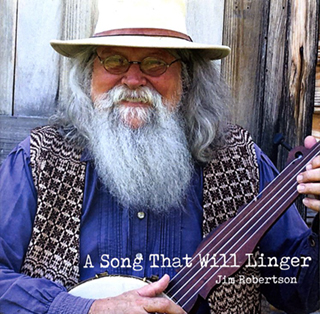 Update Required To play the media you will need to either update your browser to a recent version or update your Flash plugin.

I have more people to thank for this simple little recording than I would have thought possible.  If I've left you out of is merely through the onset of Teflon Brains.
First, I want to thank Wolfbane Productions for faith in my talent to the degree of putting me in their magical production of Romeo and Juliet.  This gave me the opportunity to introduce hundreds of people to the music of Joel Walker Sweeny, Steven Foster, Dan Emmett, and other pioneers of what we now call Americana or even Roots Music.

Second, I give huge thanks to John Walsh, an amazing guitarist, recording engineer, and friend for looking at his schedule and offering to drive from NYC to Sweet Briar, Virginia to record this in return for "lemon squares and gasoline." He is an enthusiastic engineer and a joy to work with.
Third, thank you, Paul Dempsey for your invaluable assistance with my web site.  There's no friend like an old friend!

Thank you, Justin Mitchell, for getting the CD packaging graphics in the proper format for the duplication company to use.

Thanks to Bob Thornburg for his wonderful sounding gourd banjo and his generosity with taller banjo bridges for use on the rare humid Virginia day.  Wink wink, nudge nudge.

Thanks loads to David Wooldridge, Park Ranger and Minstrel music lover for suggesting that I record Don't Bet Your Money on the Shanghai.

Thanks and honor go to the late Pandit Dr. Laxmikant Doshi, my beloved guru in the study of Indian Classical Music and his son, Gaurang Doshi.  While there is none of that music included in this album the years I spent studying with them influence every note I play.

Finally, thanks to Wendy Robertson, the love of my life, whose constant cheerful optimism, and lemon squares, keep me going when my pessimistic outlook would otherwise bog me down.  And scurvy is lurking in dark corners.